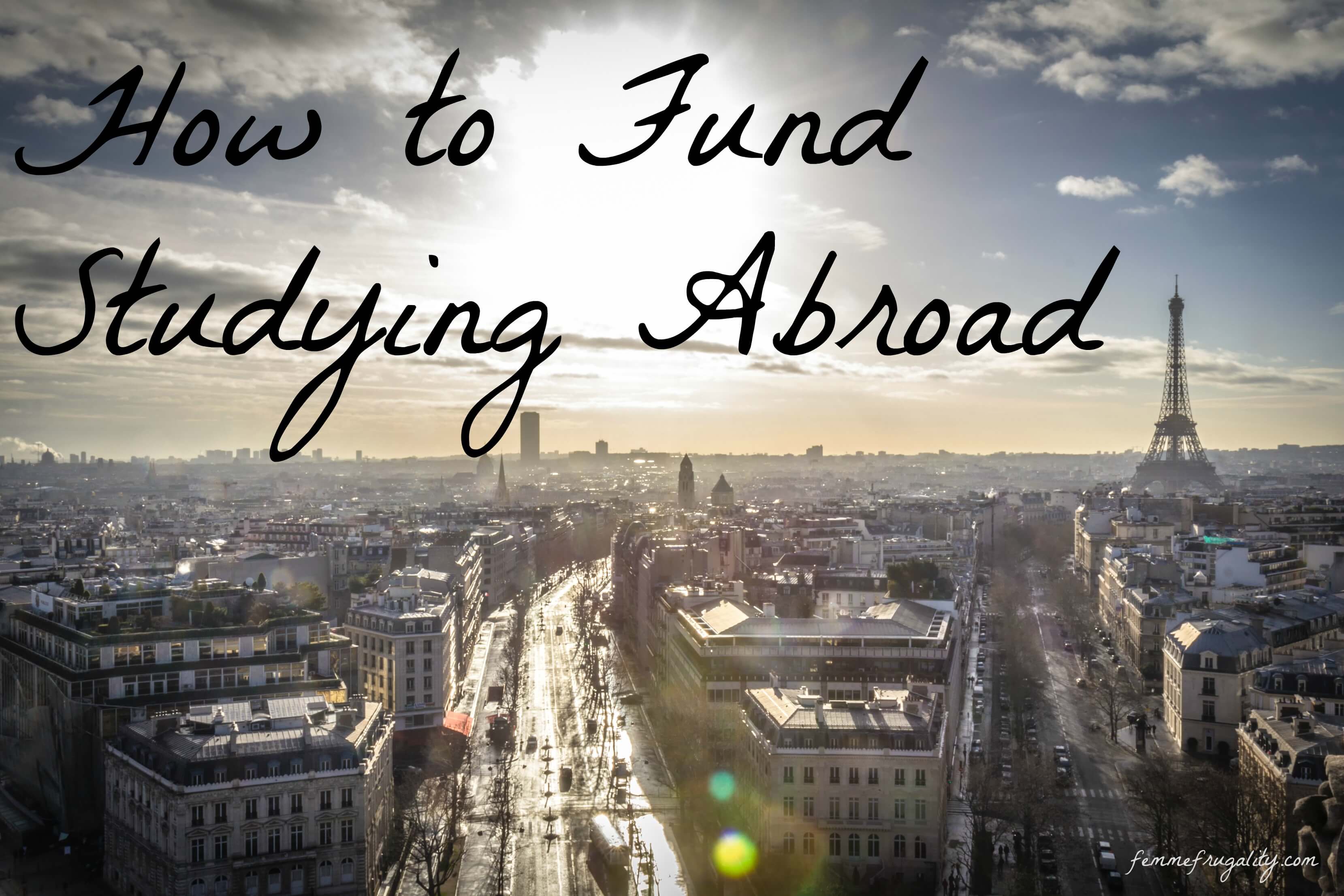 There’s not much I regret about the path I took to college.  It took me a little longer than most, but I did it without loans and without debt.  The one thing I am a little sad I missed out on is studying abroad.  I’ve always loved travel, especially exploring different cultures.  Maybe someday I’ll get my Master’s and find a way to do it with a family.

And that’s what this post is about.  My very foggy vision of someday fulfilling my dream, but, yet again, doing it debt free.  I’m going to leave the family conundrum to another day, but I have been exploring the financial aspect of tuition, and how to pay for studying abroad.

The number one thing that got me through school was scholarships and grants.  If you want to pay for school, apply, apply, apply.  The same holds true for studying abroad.  Not all US scholarships will pay for foreign study, but some will.  There are also typically many scholarships for foreign students (which you will be) in the country you’re planning on studying in.  Make sure you apply early, though.  Mel wrote a great piece about her experience studying abroad in the UK, and not having time to apply for scholarships was a part of that.  But she did find a way to pay and experienced some things she wouldn’t have in the states.

Teach at the University

When  you’re studying for a master’s, odds are there are teaching positions open for you in your field at the school. You work in conjunction with a professor, and the job typically involves a modest stipend in addition to a reduction of tuition costs, sometimes down to $0.  For example, if you’re getting a Master of Science in Accounting (MSA) in the UAE, you can compete for a Graduate Teaching Assistantship.  This pays a small stipend and can reduce the cost of tuition significantly.  It may not be enough to pay for everything, but it can reduce your bill by a lot.  Just remember that you’ll actually be working, so finding a side gig may not be possible as you have to balance your time.

It May Just Be Flat Out Cheaper

Education in the US is incredibly expensive.  Many other countries simply don’t charge as much, so studying abroad may inherently be cheaper.  You have to be careful, though.  In Sweden, tuition is free to Swedes.  But if you’re an international student you’re looking at paying about $9,500/academic year or more.  If you’re staying for more than one year, you do get free health care, but that’s not going to make up for the costs unless something catastrophic happens to you, in which case you’ll probably have a hard time studying.

France, on the other hand, has very low tuition rates for both the French and their international students.  If you consider public universities over private ones, your cost will be about $310/academic year.  Which is dirt cheap enough to make me consider hopping on a plane.

Have you ever studied abroad?  Did you pay for the experience using funds other than student loans?

*This post is brought to you by AUS.  All content has been created by and is the opinion of Femme Frugality.*

7 thoughts on “How To Pay for Studying Abroad”