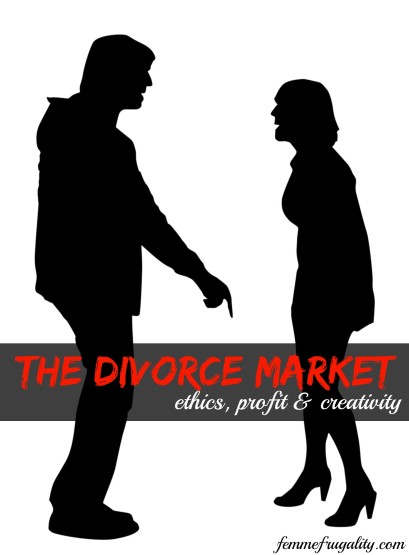 Sometimes I slip up in my goal not to watch TV.  Unfortunately for me, because of my schedule this usually means I’m catching some daytime programming.

But the other day Dr. Oz wasn’t bad.  He had this piece on plastic surgery practices that give discounts to women who are recently divorced.  This brings up obvious ethical questions:  are they preying on the insecure?  I’d argue that with the exception of people who have had terrible accidents or health problems that require this type of surgery, they always are.  So why would it be so surprising that they market to the recently divorced?

Then I got to thinking:  who else markets to the recently divorced?

How to Make Money With Vacation Packages

This Huffington Post article highlights some pretty amazing places for divorcees.  There’s a cruiseline that offers special packages for divorced dads and their kids.  The Heartbreak Hotel in Holland/Belgium gives couples the full treatment:  financial counseling, psychologists and lawyers so that you can check out legally split and educated.  The Montreal VIP Club has (what I consider to be) a pretty sleazy package for men.

A spa in Seattle has a great package for divorcees as well.  I bet if you searched you could find one in your locality. There’s a divorce market everywhere, and there are plenty of businesses interested in how to make money off of it.

These were the first places my mind went when I started on this train of thought.  Then somehow I ended up here:

This guy is (almost) genius.

I found out shortly after my divorce that two of my friends in a state I had moved away from were going through the same process.  We talked and half-joked about how there should be a universal way of telling people you’re splitting up. Because sometimes telling people is awkward unless you get the direct question, “How are things with insert ex’s name here?”  Something like a wedding announcement, only for the other end of things.

Italian photographer Gianni Fasolini almost does just that.  (Source.)  He’s  a wedding photographer that has also taken up divorce photography.  His clients pay him to take pictures similar to engagement photos (holding hands, kissing, shaking hands, etc.)  I applaud him for seeing an opening in the market, but I’m not quite sure he’s going about it the right way.  Most couples I know that are going through a divorce aren’t going to end up in the same picture.

Perhaps it’s different in Italy.  I don’t know.  But maybe he could do pictures of couples walking away from each other.  “We’re Parting Ways.”  Or just one of the partners in the couple.  “Back on the Market.”  Or one of the partners and their kids.  “Our New Family.”

And then there’s this.

I found all this divorce swag on Cafe Press.  It’s all meant to be humorous.  But I think my favorite is probably the “Get Out Card.”

There’s a market out there.

With one in every two marriages failing in this country, there’s definitely a huge market out there.  I think people don’t talk about it or immediately think about it because there’s a fading taboo veiling the entire process.  It is a sad time and process, but if you produce a product specific to this time period in people’s lives, there are plenty who will buy it.

The divorce swag makes me think of girlfriends propping up their friend so she doesn’t drown herself in wine.  Fasolini makes me think of the conundrum my friends and I faced.  The vacation packages are pretty specific all across the board.  Then there’s the age old strip club, which can either lead to divorce or cater to those men who have recently gone through it.

I think if you’re going to open a business in that market you should be ethical about it.  The plastic surgeons probably aren’t.  But that doesn’t mean they’re not smart, and optimizing their customer base.

*This article was first published on April 8, 2013.  Thankfully, my schedule has changed, and I no longer have the opportunity to watch daytime TV.*

15 thoughts on “How to Make Money In the Divorce Market”