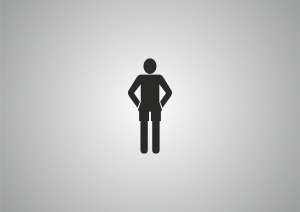 The boyfriend can be pretty amazing for our checkbook sometimes.  Here’s some of the latest wins he’s had…that I never, ever would have thought to use.

Returning Stuff Without the Tags 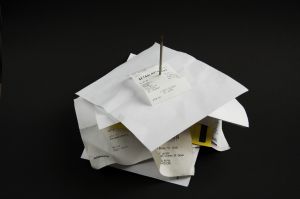 I had saved up and bought him this really nice winter coat for his birthday.  I went with him to pick it out.  He erroneously asked me which one fit better.  I told him a size up from what he thought, because if you have to layer up you’d want the extra room, right?  Wrong.  He took the tags off and was outside in the cold for about 4.5 seconds before he came back in and went to the older, not-as-nice option.  Apparently the way these things fit they’re supposed to be tight around the waist so cold air doesn’t get in and it does some type of insulation magic.  I felt really, really bad.  I had totally screwed up his birthday present.  And lost $100.  I was desolate, but resolved to save up another $100 somehow to replace it.

He insisted we try to return the coat.  I was so, so sure they wouldn’t take it back without the tags.  Even though he had only worn it for 4.5 seconds.  We still had the receipt.  I’ve had experience with places like Wal-Mart and Target where they will take back stuff that still has tags on it without the receipts.  But never heard of anywhere taking stuff back without the tags.  And this place was no Wal-Mart or Target.  But he insisted.  So we tried.

VICTORY.  He exchanged the coat for another one with literally no hassles at all from the store employees.  I couldn’t believe what I had just witnessed.

Bringing Up That Quote They Gave Him 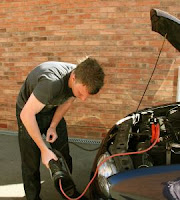 We needed a new battery for the car.  Badly.  Jumping it was getting old, old, old.  (The plus side of this is that it’s the first battery the car’s needed since I bought it seven years ago.)  He called up the auto parts store before he went in just to make sure they had the right one in stock for our model/make.  They did, and they quoted him some prices.  He had already decided on the $120 one.

He went in.  And there was no $120 one.  Some were less.  Some were more.  The most expensive and highest quality one was $160.  “Didn’t you say there was one for $120?” he asked.  He didn’t demand or throw a fit.  The guy remembered talking to him on the phone, said he had made a mistake and misquoted him, and gave him the most expensive battery for the quoted price.  Are you kidding me?  Forty dollars means a lot to our budget right now.  And instead of a middle-grade battery, we got the nicest one.

Thanks, boyfriend for saving us $140 lately.  And that’s just the things I’ve taken note of.  You rock.

10 thoughts on “His Latest Financial Wins”