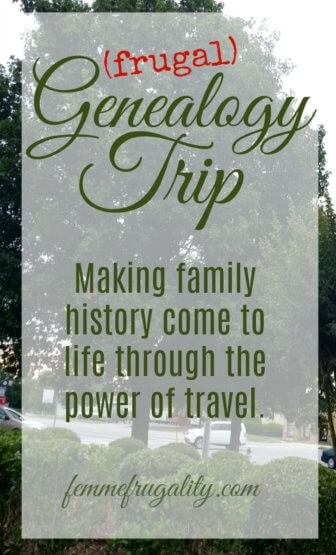 If we wanted to look over historical records, documents weren’t scanned into a database which we could access through our handheld computers. We had to either hit up LDS microfiche, or head to the actual historical site to view the tangible documents.

So that’s what we did. I grew up the millennial child of a baby boomer history major who had a deep interest in genealogy. Instead of weekend trips to nearby amusement parks or campsites, we’d take trips to cemeteries and historical societies.

My sibling and I would play in the kids’ room at the library while my mom flipped through baptismal records from the Catholic church. At one point, we got so bored at a cemetery where we couldn’t find our ancestors that we started digging up a sparkly rock for our collection. It turned out to be a headstone that had been grown over by grass. The headstone of one of our ancestors.

I’ve since learned that overgrown headstones, while devastating when discovered by descendants, aren’t uncommon. There’s a Civil War-era section of the Allegheny Cemetery that is constantly growing over, no matter how many times my husband and I go back to literally uncover his own ancestors.

The Boy in Athens

We recently took a nice, long trip to Florida. Parts of it were frugal, while others were decidedly not. I’ll get more into that aspect of it over the next week or so.

We drove, which meant we would be passing through Georgia. It’s not a state we visit often—even if we’re only talking rest stop bathrooms.

I was reminded of a story of a family member. He was a Spanish American War soldier mustered in Athens. The night before they were supposed to deploy, everyone got nice and drunk. Unsurprisingly, a fight broke out. My great-great-times-however-many-greats uncle jumped in to break it up.

There was another soldier who used a different strategy to meet the same end. His way of breaking up the cacophony was to shoot into the crowd. I’m pretty sure he was drunk, too. It’s the only explanation I can come up with for his logic.

The bullet ended up hitting my uncle. He died within 24 hours.

The shooter was more than remorseful. The incident followed him the rest of his life. As far as I can tell, there was no hatred expressed or grudges held.

But a 19-year-old boy still died unnecessarily, before even seeing the war he had volunteered to help fight.

Hold on While I Get Woo-Woo

A lot of times, when we research our family tree, we think only of our direct ancestors. My mother was more inclusive than that, and I think that’s a beautiful thing. While he still lived on in family lore, she uncovered details about his life and death that otherwise would have gone unnoticed.

If someone has no kids, there are no direct descendants. The likelihood of their life being remembered erodes with time.

I’m not a religious person. But I do believe that some part of our soul actively lives on as long as we are remembered. As long as our stories are not forgotten. The stories that lie dormant don’t hold dead souls, necessarily—without each and every human story, our planet would not look the way it does today.

A 19-year-old boy got shot, and a butterfly fluttered its wings.

But when we do remember, we pay honor to the people who came before us. We affirm that their lives are worth not forgetting. Whether they procreated or not.

Carrying on a Genealogical Tradition

Athens was at my attention, but I had no idea where it was. Because I now have access to one of those fancy, handheld computers, I pulled up Google instead of a physical map. It was right in the middle of the state, and altering our route to stay there the night over Charlotte would only prolong our trip by one hour.

I still wasn’t sure. There was only a plaque by City Hall to commemorate the collective force that spent time in Athens. The historical society was closed the two days we’d be there. And I’d have to switch hotels.

It nagged at me, though. So I did a little more digging. The camp where my uncle died was now a massive intersection. Well, massive in an incredibly suburban way. 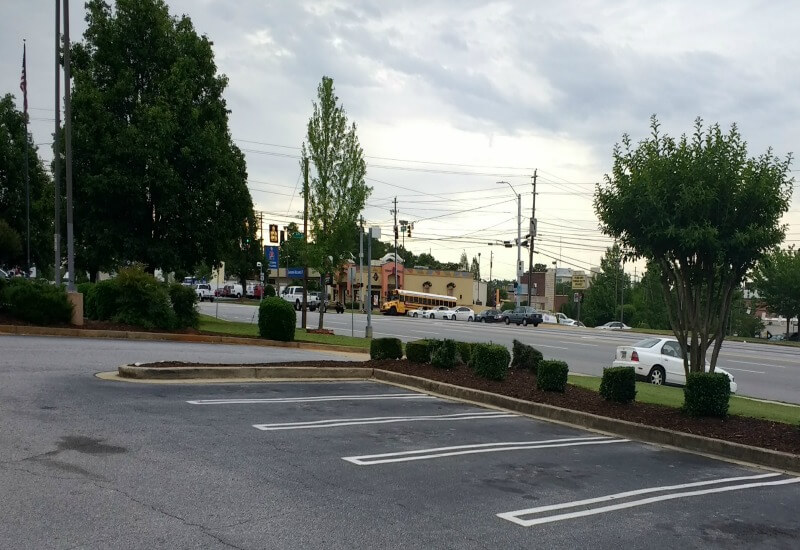 I pulled up the intersection’s street view, and lo and behold, there was a hotel at one of its four corners. I called them up, unsure if they’d be more affordable than what I’d already booked. They were literally the exact same price. It was meant to be.

On our way home, we stopped in Athens. The hotel was insanely beautiful for a chain of its price range. There was a Zaxby’s across the street—which used to be my guilty pleasure when I lived in the South. There were Pokestops everywhere for the kids. The situation was ideal.

But it was also the place where that 19-year-old boy had died trying to do the right thing. He didn’t sit by and wait for someone else to step up. He saw something awry and acted. And at this busy intersection, he lost his life.

We took some time to remember him. To imagine what the place would have looked like when he was stationed there. To pay honor to his memory.

And it didn’t cost a cent more to do it.

It’s one thing to read a name off a census record. It’s a totally different experience to go and visit your own family’s historical sites.

But in order to find out where they are, you have to do a little research first. Today you don’t have to flip through physical papers trying to read old cursive from an era when spelling wasn’t standardized. #RealLifeGenealogyProblems

Instead, you can do a quick search of pre-indexed records on your phone.

My favorite database to do this is Ancestry. Their records are extensive and well worth the membership price, but if you want to give it a whirl before you commit, get a free 14-day trial.

I do have other branches of my family where stories are extremely difficult to uncover. War, multiple emigrations and unfortunate accidents have destroyed records and separated us from our history. But we did take the AncestryDNA test, which showed us a ton of surprising data about where our family came from.

In cases where you can’t get records, this is a nice way to be able to plan a trip to the places your family once lived. While you’re there, you might even be able to uncover more about their stories.

Right now through Father’s Day, AncestryDNA is 20% off.

Have you ever traveled to pay respects to your family or learn more about their history? Would love to hear your stories in the comments!