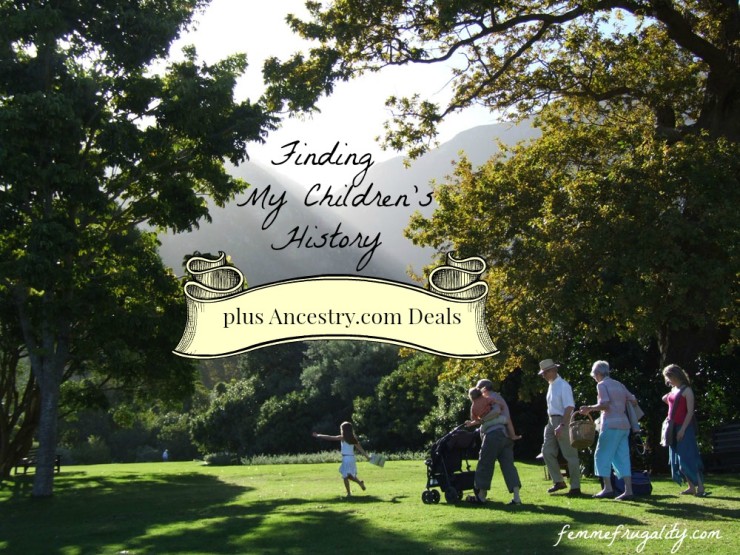 For those of you following this saga, the whole thing started when I wrote about the possibility of my children being Native American, and whether they should ethically use their potential heritage to score college funds.  A lot of you encouraged me to find out, and wanted to know the results.  So a partnership with Ancestry.com was born.  The first step in the process was a DNA test.  (Want to see the results?  Check them out here.)  The next part of the process was actually researching documentation through Ancestry.  I was provided with a membership to enable me to do the leg work.

My goal was to either confirm or eliminate any possibility of Native American descent.  So when a line got back to Europe I stopped looking at it for the sake of time. I concentrated on lines that stayed in America.  And holy moly, has my husband’s family been here a long time.  The longest one I can trace back has been here since the late 1600s, but there are still other branches I am trying to find documentation for.  I have not found any Native American ancestors.  Again, that doesn’t mean they’re not there.  I just haven’t uncovered any yet.

But it doesn’t really matter whether there was a Native American or not.  I’ve already established I’m not going to exploit a possible small portion of my children’s DNA to get them college money.  Because even if they were, they’re so far removed from the culture and the disenfranchisement that those cultures experience that it wouldn’t be right.

What does matter to me in this whole process is finding out who their ancestors were.  And to this date, I’ve found some pretty amazing stories that had previously been hidden by the sands of time. 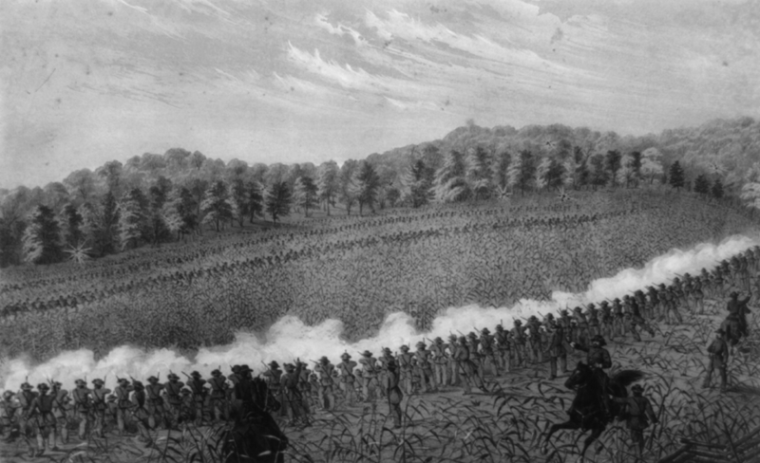 Father was born and raised in Pittsburgh.  His children, all five of them, were born and raised in Pittsburgh.  But in 1862 he enlisted in the Civil War.  He enlisted in Illinois.  I was really confused by this for a while, but through research I found out that as fervor to join the war effort slowed, commissions were being paid just for enlistment.  Recruiting stations would compete for enlistees, and a major way they did this was with money.  I’m assuming that Father traveled to Illinois for a better sign-on bonus.  When he left, he had five children, ranging from the ages of four to seventeen.

His company was involved in the Kentucky Campaign of 1862.  The Confederacy was making a move to take Kentucky, a border state, and he was among the troops that came in to stop them.  It was crucial to the Union to keep Kentucky if they wanted to win the war.  But something odd happened to Father.  On the day that a lot of troops moved to beat the Confederates to Louisville, he suffered an injury of some kind.  It eventually killed him, and it’s listed as paralysis.  Yet he was not discharged until five months later.  He worked as a painter after the war.  So I don’t know if it was a slow thing that started with a relatively minor injury or how his quality of life was after that day.

He returned home in 1863.  His wife was by his side until her death a little over a decade later.  Two years after her death, his disability must have become unmanageable, because he went to live in a home for disabled veterans.  He lived there four years until the paralysis finally took him. 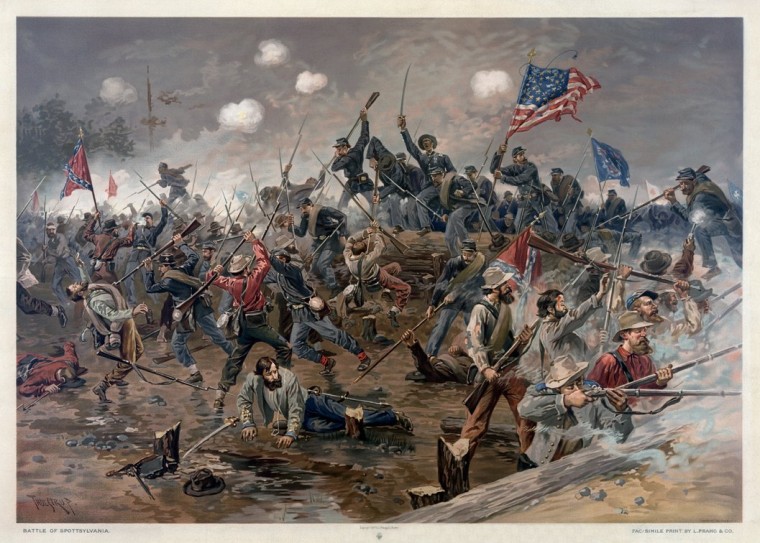 Daughter was, well, his daughter.  And my husband’s ancestor.  She married a Civil War veteran, too, though her husband was much younger:  only 16 when he enlisted.   A couple of months after he enlisted, he found himself at the Battle of Spottsylvania Courthouse in Virginia. It was a part of the Overland Campaign, where Grant really tried to cut Lee off from his home base in Richmond.  The campaign was a Union victory, but no one won this battle.  The two week engagement garnered only death for both sides before Grant disengaged, regrouped, and tried to find a better place to fight Lee again.

Four days into the battle, Daughter’s to-be husband was injured twice.  He stayed in the Army for over a year, but was counted disabled at discharge. He had lost almost all movement in his right arm, and couldn’t do manual labor for the rest of his life.  He did all right pushing paper, though.  He worked in courthouses and in other respectable jobs throughout his days.

You could call it Freudian, or you could call it empathy from someone who had grown up with a father in a similar situation, but the two of them got married.  And thank goodness they did.  Eventually their DNA mixed with enough other people’s to make my husband.  And I kind of like him.

Her husband’s family history is amazing and well fleshed out.  I actually read about one line of his ancestors for my Around the World in Books challenge.  The review of it has more information about where they were from, and how they went from castles to being essential exiles.

Is Ancestry.com Worth the Price?

I’ve written before about the tiers of spending you can go into for genealogy.  Ancestry.com falls into Tier #2 as a subscription site.  I’ve always been kind of wary of exiting Tier #3 where everything is super cheap, but I can tell you right now that it’s totally worth it.  This is the fastest time I’ve ever had of tracing back lineage, and the stories shared above are only the tip of the iceberg.

The reason it went so quickly was because Ancestry.com uses “hints.”  A little green leaf pops up if there are any indexed records or family trees that other members have submitted that potentially match each person you add to your tree.  An indexed record is any type of documentation that humans have gone in and inputted into a computer to make it searchable.  Rather than sifting through an entire city’s census records, the database sees your family member’s data, and automatically searches it against indexed records saving SO MUCH TIME.

Matching against other people’s family trees is cool, but you have to be careful.  A lot of people don’t fact check.  They see a person’s name on a census, and assume it must be the same exact person as their family member, when in fact it’s just someone else with the same name.  Or a “father” with the same last name.  Then seven other people copy from their family tree, just assuming it’s right.  Always check their sources.  But when their sources do check out, you now have someone with a mutual ancestor that you can contact within the website to brainstorm and collaborate with.  Which can be a pretty amazing thing.

If you get stuck and there are no more hints, the game’s not over.  Not all of the records on the site are indexed.  So you can go back and sift through those “manually” (though still on-line.)  It is a little more time-consuming, but the feeling of finding that family member without any help is glorious.

If you’re pretty sure that your family’s been in the states for a while, they also have a sister site, Archives.com.  I actually found some military records on there that I either searched wrong or just couldn’t find on Ancestry.com.  Archives.com is mostly US records, with 4-5 billion records to search.  Ancestry.com is worldwide, and has 14 billion.

This is a great time of year for me to get all my stuff together for this post, because it just happens to coincide with a bunch of deals I get to let you know about!  Through December 26, 2014, you can get any one of these discounts by using the links below:

(Click “Buy Now” and it will show you the discounted rate.)

(Again, click “Buy Now” and the discount will appear.  This one also includes a 2 week free trial subscription to Ancestry.com.)

(No extra clicking required.  This one just pops right up.)

9 thoughts on “Finding My Children’s History. And Some Great Ancestry Deals.”