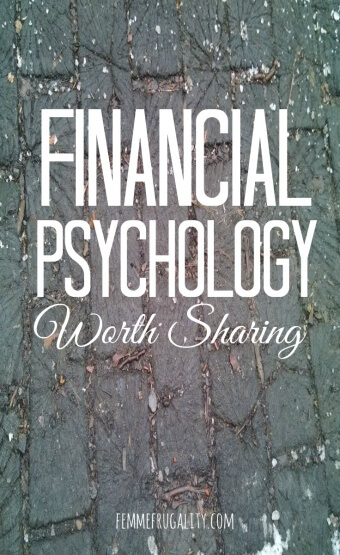 The other night, I fully intended to workout after I put my kids to bed. I had my playlist cued up, my stationary bike was waiting….everything I needed to fulfill this intention.

Then I came out of the bedroom. It had been a long day. I’ve been on this TED Talk kick lately, and entertained the idea of plopping on the couch and watching one instead of working out. I knew I shouldn’t, but the more I thought about it, the more appealing the idea sounded.

Eventually, this was my inner dialouge:

“I love me, and want me to be happy. Screw the workout. I’m going to watch something interesting.”

My YouTube search turned up a talk by Monica Lewinsky on public shame and cyber bullying. Was actually pretty darn interesting and heartbreaking.

At this point, maybe I should have gotten off the couch. But I didn’t. I had already committed to mindlessly doing what I wanted that night.

The next talk that automatically cued up was this one:

“If we do that which we are not supposed to do, then we feel like we are really doing what we want.”

I paused the video.

She was talking about me! No, I’m not cheating on my husband or even considering entertaining the idea, but that night, I had fallen into the same behavior pattern as adulterers.

What was I supposed to do?

Get on the freaking bike.

But did watching TED Talks really line up with what I wanted?

No. Because what I really want is to get fit.

But because I knew I wasn’t supposed to sit on my butt and watch TV, it enticed me. I convinced myself that was really what I wanted, even though it didn’t align with my goals.

Then I realized that this happens to people a lot. This one, simple thought process can deter us from getting what we actually want out of life, and, of course, there is an application to our finances.

I’ve never been a big shopoholic, but from what I understand, the behavior develops because buying stuff is perceived as a type of therapy.

Even if you’re a shopoholic and know you shouldn’t hit up the mall for new clothes you don’t need, you’re probably going to do it anyways.

In fact, because it is a no-no, you may be more drawn to do it. You convince yourself that you’re exercising your free will as an adult, and it’s going to make you happy.

But just like a cheating spouse doesn’t like the consequences of a destroyed marriage, you’re not likely to be happy with the credit card bill you receive later that month.

Saving for a goal that’s a long way off is hard. You don’t see immediate rewards, and may get distracted along the way.

Let’s look at saving for retirement. You know you should be doing it. You know that 65-year-old you will be so happy that you consistently contributed in your youth, allowing compound interest to make you rich.

But Beyonce is touring. And Lemonade was mind-blowing. Tickets are expensive, and you don’t have enough in your budget this month to both go to the concert and contribute to your IRA in the amount you’ve promised yourself you would.

You know you should sacrifice current wants for future needs, but it’s so much more appealing to do what you shouldn’t. You really want to go, so you do. You have a great time.

And then something comes up next month.

And the month after that.

Your youth was full of immediate gratification, but by the time you’re 65, you’re broke with massive health problems you can’t pay for. Heck, you can barely afford rent.

Is that what you really wanted? Or did you only pursue immediate gratification in your youth because you knew you shouldn’t? Because it was a forbidden fruit you just couldn’t resist?

By being aware of this psychological pattern, we can stop ourselves in the moment. We can ask ourselves, “Do I really want to go on a shopping spree right now to buy more things I don’t need and get stuck with a crazy huge credit card bill later? Or do I only want it because I’m not supposed to do it?”

When we recognize how our brain is framing things, we can circumvent our potential bad behavior and get on the damn bike.

28 thoughts on “Financial Psychology Worth Sharing”