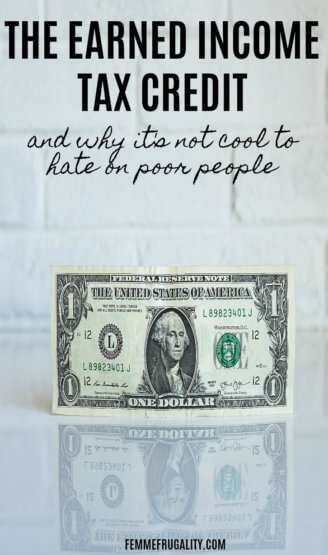 The Earned Income Credit (or EIC) is a tax credit that’s available to low-income Americans. As it’s a credit and not a deduction, filing for it often results in people getting a refund, and a large refund at that.

It’s been called the biggest cash-assistance program in the country. And you don’t have to be on welfare to get it.

But before you get outraged about this credit that you work so hard and pay taxes to supply, consider this:

The minimum wage vs. the cost of living is so disproportionate right now that many states have proposed to raise it to a rate where anyone working  a full-time job would make enough to be above the poverty-line.

Would this be better or worse for low-income workers?  Would it disqualify them from receiving the EIC? Would the raise compensate for the refund lost? It would all depend on how much you’re making and how the tax law changes impact you over the next couple of years.

Want to claim this credit, but don’t know how? Or think you won’t qualify? You’d be surprised. Get free help with your taxes from the VITA program. Or, if you prefer filing online, check out MyFreeTaxes, which is free even for middle-income earners and small business owners.

For example, if you’re one of those imaginary people popping out babies to get the most out of the system, you know that right now you max out your EIC “earning” opportunities with three children. I wouldn’t have a baby this year simply for tax purposes.  Because next season you’ll max out at two.

UPDATE: Since the writing of this post, legislation passed that extended the 3 child limit.

But proportionately there are so few people who work the system as opposed to people who are in the system because they’re really trying to make life work.

The biggest problem in our government spending isn’t the poor.  The bigger problem is the rich who would impose subsidies on everything from sugar cane to the everglades to the minimum wage so that they can make even more money.

And that’s on both sides of the aisle.

Have a little sympathy for those celebrating a brief relief from their struggles this spring.

Featured on JLCOLLINSNH:  VITA, income taxes and the IRS

39 thoughts on “The Earned Income Credit: Why It’s Not Cool to Hate on Poor People”