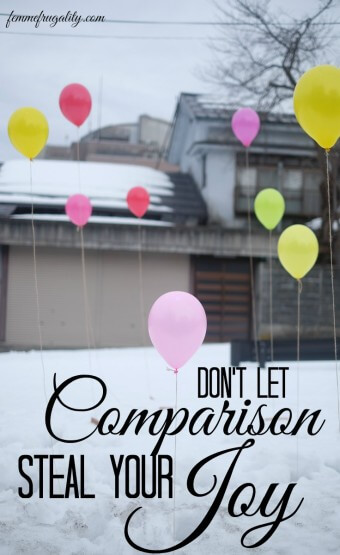 About a week ago, I was getting ready to take my kids to an Easter Egg hunt at a local church. We were pretty excited about it. On his way out the door for the day, my husband told me that his friend told him about one at a neighborhood park. It was pretty much caddy corner from the church, and wouldn’t require us to go, well, into a church.

As I was driving (because walking with young children after a sugar high didn’t sound too safe) to the event, I went back and forth in my head over which one to go to. I knew the one at the church was happening. The one at the park was third-hand information at best. So to the church we went.

It was amazing. Before the hunt, the Easter bunny graced us with her/his presence. My kiddos ran up for hugs, elated to meet the holiday icon. We went outside and participated in the mad dash for plastic eggs filled with candy, stickers and coins. When we came back in, we got balloon animals from clowns, ate cookies and juice and beat up a pinata. We got the sad news that the church was closing, and they invited us to take home books and puzzles since they wouldn’t be needing them in their nursery anymore.

We had such a fun day, which means a lot because it’s really difficult for us to get everyone out of the house.

On the way home, we drove by the park. Sure enough, there was a neighborhood party. There were balloons lining the fences, kids running around the playground and adults chatting over some free food. For a brief instant, my mind went here: “Oh, no. I made the wrong choice. They’re still having fun over there!”

I stopped the thought process there. Admittedly a rare occurrence for me. We had so much fun, and if I hadn’t happened to drive by the park, I never would have known any better.

If I hadn’t had the input to compare, my joy wouldn’t have been threatened, not even for a millisecond.

When Education Comparison Threatened to Steal My Joy

Easter egg hunts aren’t the only example in my life of comparison threatening to steal my joy. I went to college traditionally for one semester. At the end of the semester, I got the tuition bill. Through a complex series of events, the entire thing fell on me. In full. With zero financial aid.

I wasn’t willing to take out tens to hundreds of thousands of dollars in student loans to fund my education. So I left. I paid off the bill with lightning speed. But when I came out on the other side I didn’t have a whole lot of earning power.

I eventually went back to school for free through grants and scholarships. But I’ve often tossed and turned over whether I made the right decision all those years ago. By walking away from traditional schooling, I stagnated my education, which ultimately led to living in poverty. High school degrees don’t garner much in the form of pay.

Had I made the right decision? All my peers were so much further along on their career tracks. They had income that could justify financial institutions lending them money for mortgages. Maybe student loans weren’t so bad. I thought I had made a huge mistake, even after coming out the other side.

It took a while, but eventually I came to peace with my decisions. If we want to play the comparison game, even though my peers had higher salaries, my net worth was so much higher than theirs because they were so deep in debt. Also, I couldn’t have known it when I “dropped out,” but I was set to graduate at the height of the Great Recession. Even with my practical career choice, the beginning of my career would have been rocky at best. I still would have been poor income-wise for a while, but I would have had so much debt to pay off on top of it.

I did it without debt, and even though it took me longer, that’s something to be proud of. Not something to denigrate myself over.

Social Media can Steal Your Joy

I was fortunate. All I had to do was not drive by the park if I wanted to alleviate myself of comparison. But social media can threaten to steal your joy each and every day. We’re all subject to viewing the best parts of each others’ lives on a daily basis, even if we didn’t want to see it. FOMO, YOLO, and ultimately comparison can lead us to question our financial and life journeys.

How do they have so much money to travel so often, and to such beautiful places?

It must be nice to have a big suburban house with kids.

Why do I not have those things?

Maybe I should spend more on those things.

If I want to have a life as good as theirs….

It’s a destructive thought process. But it’s one that we often engage in even subconsciously. For me, operating in the PF Blogosphere is both motivating and unhealthy. Instead of buying stuff, I’ll sometimes get caught up in the fact that I’m not saving enough. I’m not frugal enough. I need to sacrifice more so I can reach the same milestones as them, and just as quickly. Or somehow I’ll be a failure.

How to Stop it From Stealing Your Joy

Whether comparison leads to overspending or limiting your spending to a point where it limits your life experiences, it is a thief.

I’d advise getting the heck off social media, but I know we all live in the real world. Granted, it’s a world we’re actively creating and voting for by our participation in it, but I’m not crazy enough to think that if I tell you to get off Facebook you’ll actually do it. Or that I am capable of running my business without Pinterest.

Instead, it helps to work on deconstructing those mental structures. For me, when I realized that if I hadn’t driven by the park, I’d be nothing but blissful, I was able to latch onto that bliss as if the driveby hadn’t happened. Not because others weren’t having fun, but because we had, too, just in a different way. And there was nothing better or worse about it.

I was finally able to get over my insecurities about my career trajectory when I accepted the fact that my net worth was higher, despite my struggles, and that a degree during that period of history wouldn’t necessarily have helped me in the short-term.

If you want a super healthy way to switch your mental gears, I recommend this podcast episode by Gary from Pathway to Happiness. Heads up: it does talk about Jesus, but he’s used as a cultural example of perfection rather than a religious echelon.

Has comparison threatened to steal your joy lately? How do you deal?