Today we have a post from my fabulous, fellow-Pittsburgh blogger: Kate!  Her blog, Thriftburgher, covers everything from fashion, the thrifty life, nostalgia, and lifestyle, among other things.  Kate’s contribution is the first part of a series of readers’ Disney childhood memories, or just Disney vacation experiences in general.  Want to contribute, too?  Shoot me an email.

I decided to write this guest post because A.) I coincidently scanned these photos into my computer from the oblivion that is my parents’ house when Femme Frugality made a call for Disney-related posts, and B.) I have great memories of those trips. 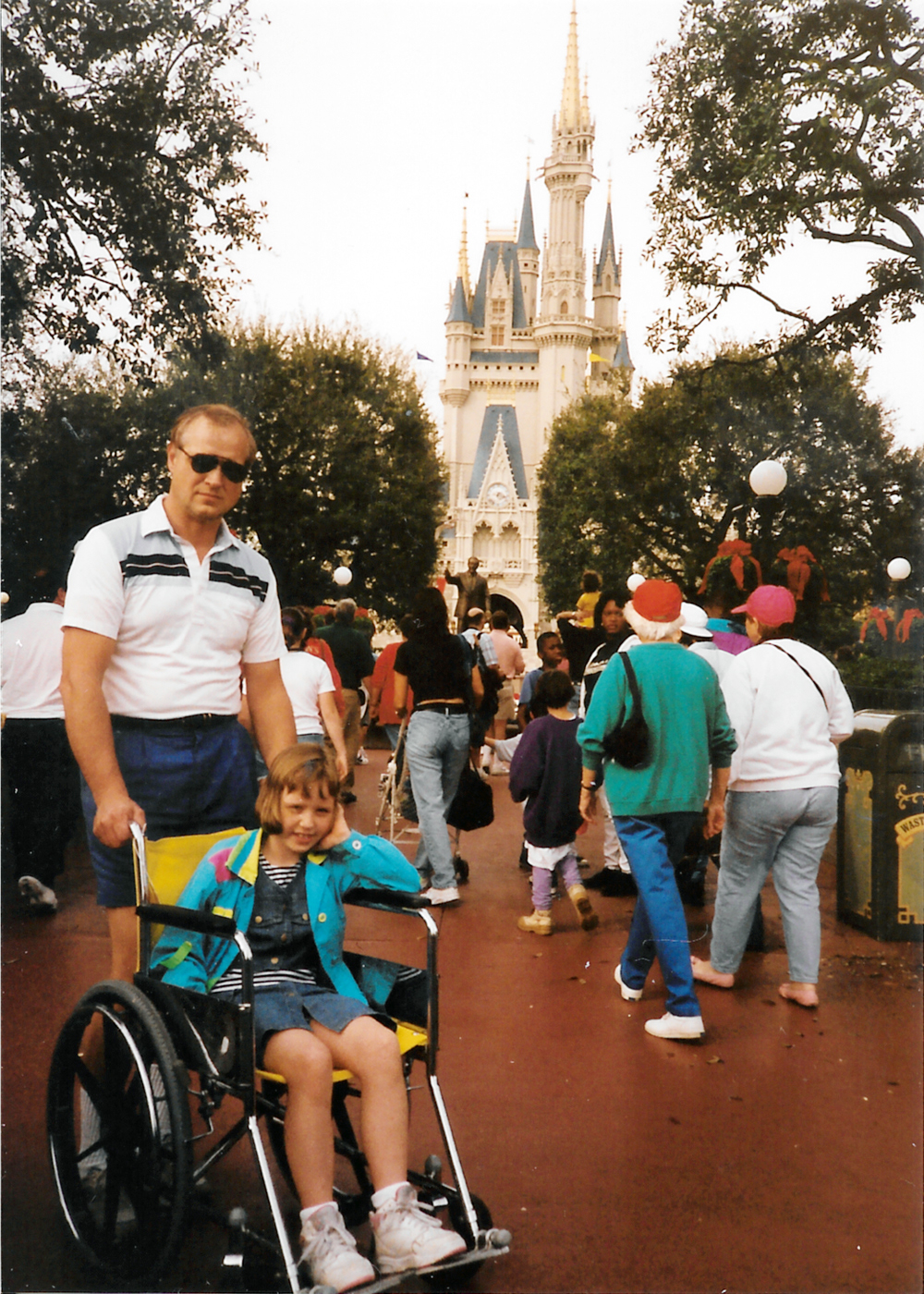 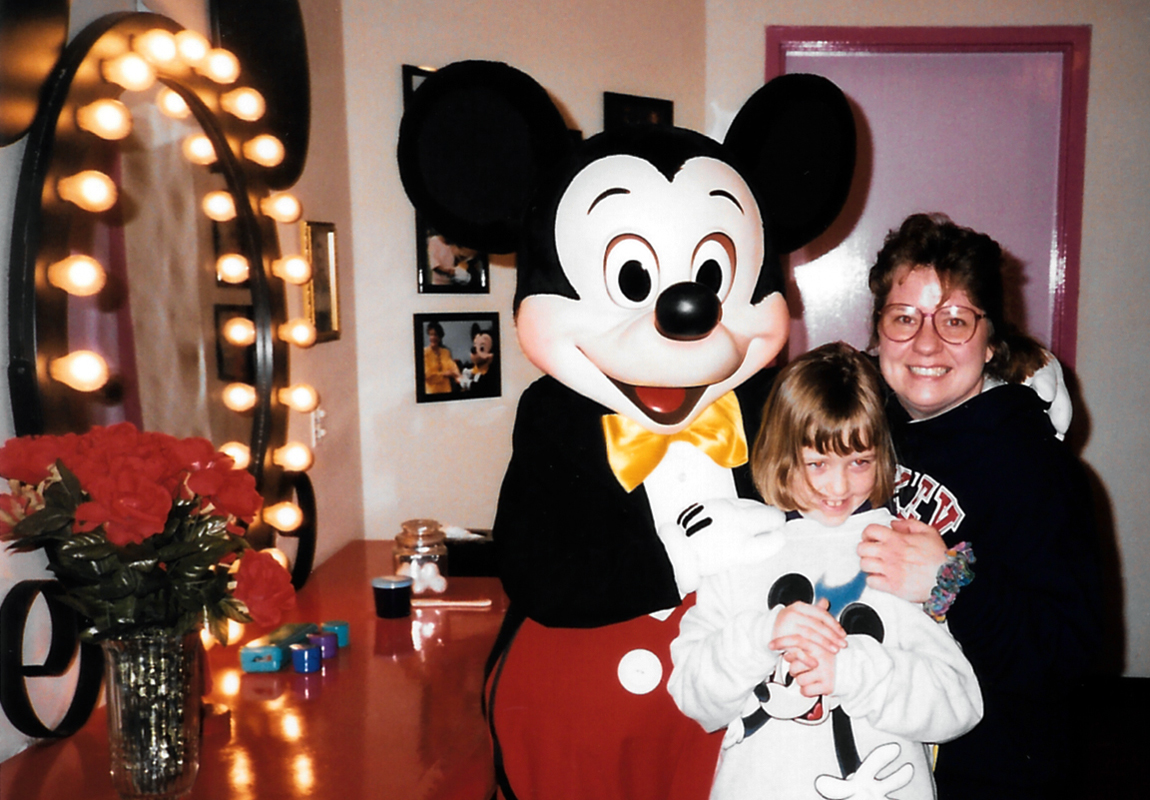 My family was never rich, by any standards, but I have some great and interesting memories of going to Disneyworld as a child. Twice. I even went a third time, for a high school band trip.

But first, you’re probably wondering, what’s up with the wheelchair?

My parents had been hyping me up for months about this trip. It was a big Christmas present for me. I was bragging to all of my classmates in the second grade. Fate would have it that I caught the flu a day or two before my family was scheduled to fly to Orlando.

I had a fever of 101 or so. I went to my family doctor, and he said I should still go, as long as I kept hydrated and was pumped full of Tylenol. My mom was being extra cautious with the wheelchair.

It actually turned out well for me, because when you’re being pushed around in a wheelchair at a major amusement park, it’s an automatic ticket to the front of every ride line. I think parents and kids alike were thinking I cheated the system when I was wheeled up to a ride, and I would jump out of my chair and anxiously run over, no help needed. Part of that was being an excited 7-year-old at Disneyworld. The other part was being loopy and nutty on Tylenol the whole time. Haha.

My parents bought me an autograph book, too, so all of the Disney characters could sign. It quickly became an obsession, with other kids mobbing poor characters for a scribble in a notebook that I have no idea where it is now.

The other memorable part of that trip was that it was my first time on an airplane.

My mom saved the ticket stubs from that trip, and it was awesome discovering it. I used my Photoshop expertise to blot out a few personal things on the ticket, but that’s it, for the most part, in all of it’s glory.

I still remember the plane ride back. I insisted I wear a plastic Minnie Mouse hat home. (It looked just like this.) The snout probably stuck out six inches. And the eyelashes were exaggerated and cartoonish and stuck out, too. No one had to guess where I was coming from.

Four years later, my family went to Disneyworld once again. This time, my younger sister, Ashley, was old enough to go and enjoy it. And instead of making a winter escape in December, we made the trip in July, during the hot, muggy summer months. This is an experience I have more memories about, since I was a little older and I wasn’t sick during the trip. 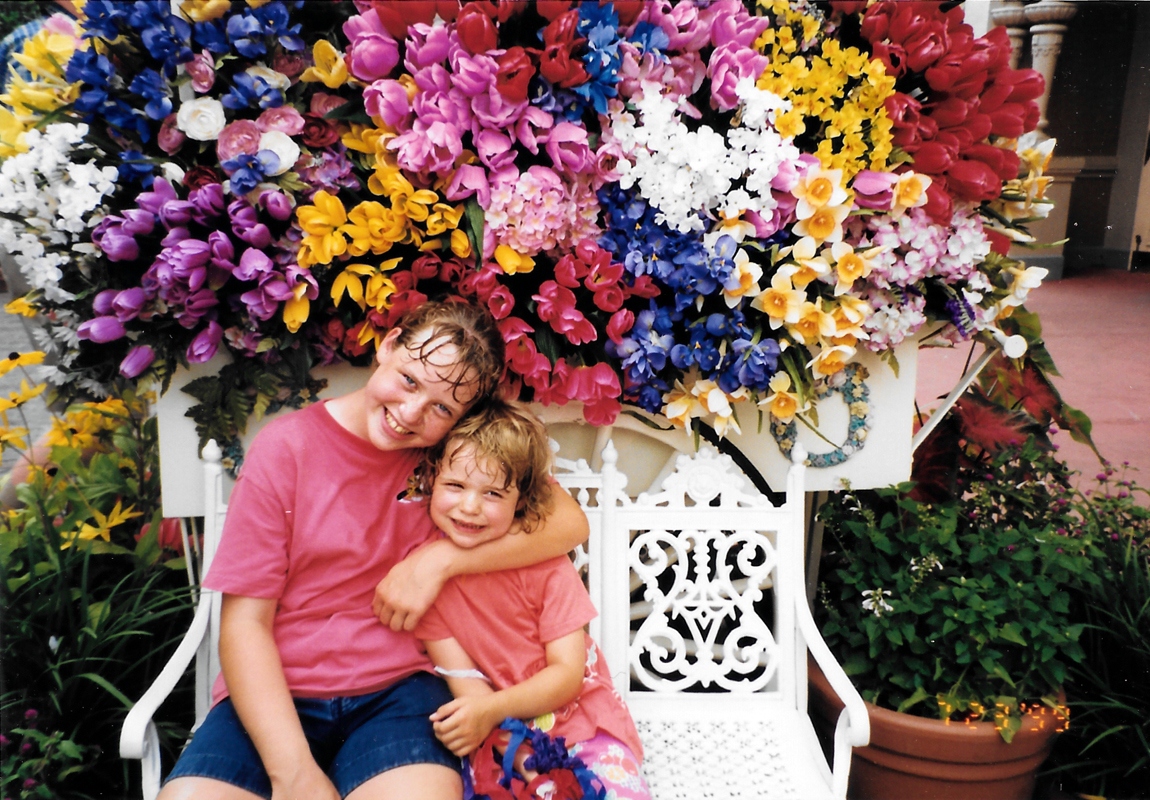 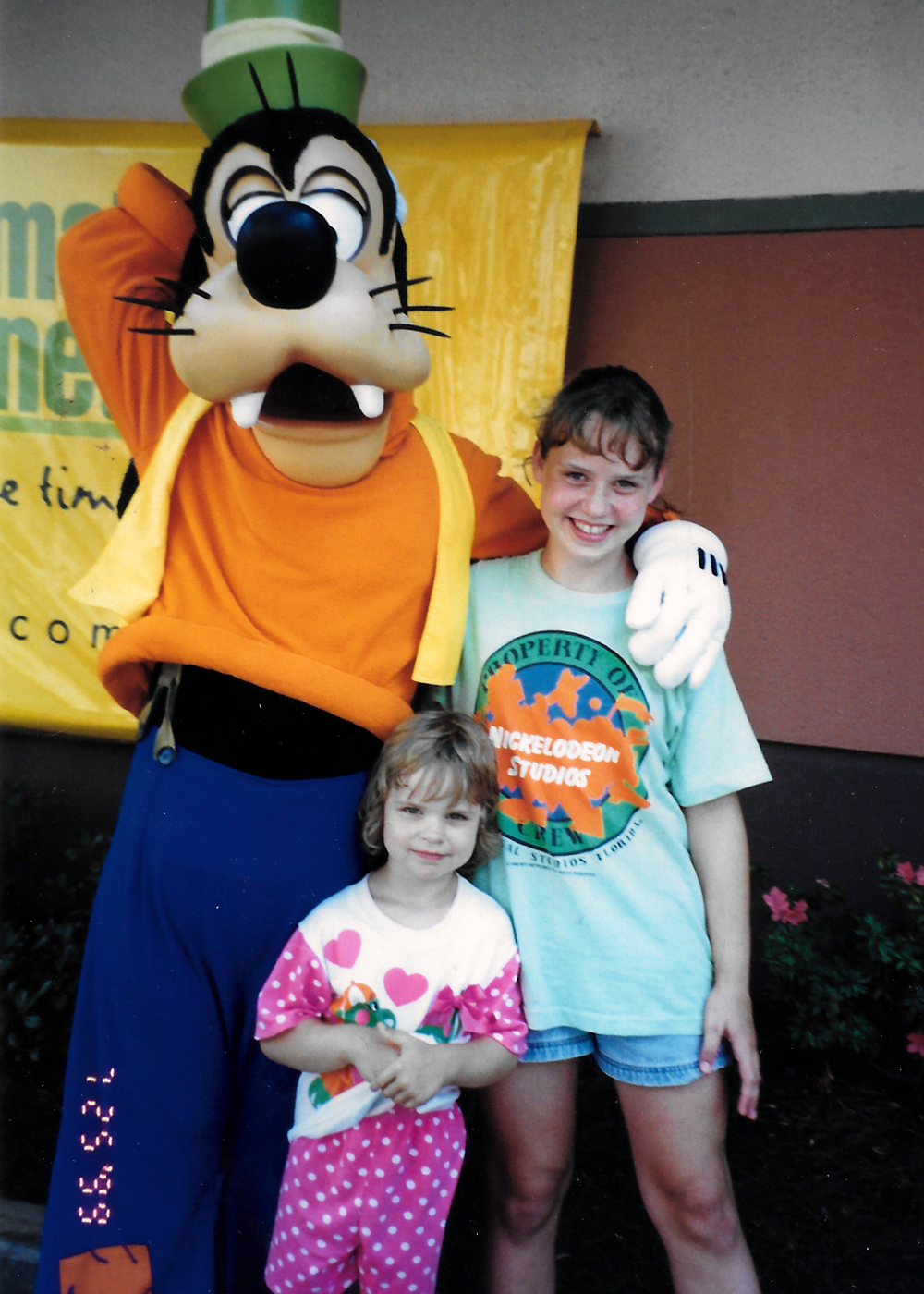 During that trip, we visited all four parks, and had went camping in our family pop-up trailer in order to save some money. I believe Disneyworld had their own campground, where the characters walked around, but we could only stay for a few nights. The rest of the time was spent at some generic campground, probably a KOA. We also visited Universal Studios and Gatorland during that trip.

Now that I’m an adult, newly married, and someday imagine having a family of my own, I hope this is an experience I can share. Next time I visit, I hope to:

Appreciate Epcot more.
I always found Epcot to be boring as a kid, but now, I think it would be great for children to learn about cultures from all over the world. It kind of makes me think of the Nationality Rooms, at the University of Pittsburgh’s Cathedral of Learning.

Go during a cooler month.
I’ve always hated hot, humid weather. Besides, Florida is hot all year long. Why not go in the winter to escape the dreadful cold taking hold in the north?

Enjoy the experience, not the material possessions.
This is hard to tell a kid, obviously, but the Disneyworld parks are already larger than life. What difference would another t-shirt or stuffed animal make? Meanwhile, the memories are forever.

Thank you, Kate,  for sharing your Disney childhood memories!  Love the nationality rooms at Pitt, by the way, and Epcot!  If anyone is thinking about booking their own Disney trip sometime soon, request a quote from Laura. (That’s an affiliate link.) She can hook you up with the best deals on Disney World, DisneyLand, cruises, and other vacation options.  She can even help you get to Harry Potter World!