Like many others in our country, I’ve been having a hard time this past week.

While I don’t often get explicitly political on this blog, if you’ve been reading for long enough you’ll know that these are some of my core values:

The hatred that has been allowed to envelop our country makes me ill. It feels like where we were once seeing progress, we potentially face a regression.

I’ve been struggling to find a way to process my emotions. While I believe in and support activism and peaceful protests, I’m not sure how or if I can actively demonstrate in my own life as it stands today.

But I still do believe that love can conquer hate, and I believe that is true no matter which candidate you voted for. I believe we can all find a little more love and strength in our hearts to replace the bias and fear.

Today’s post is one I had planned, anyways. But today I’m posing it as my first attempt to spread more love, especially for those deserving who don’t get enough of it from the mainstream. 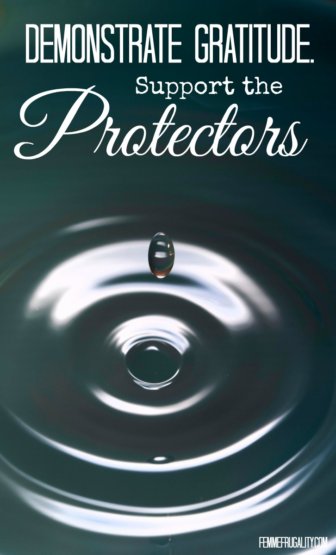 The Juxtaposition of Thanksgiving

It’s funny what we do every year at the end of November. On the fourth Thursday, we sit around a table with our closest family and friends and share what we’re grateful for. We stuff ourselves full of food in honor of Native people’s show of hospitality nearly 400 years ago.

As we gorge ourselves, we purposefully and completely block out how our country has historically repaid that hospitality. Native Americans were routinely murdered in gruesome ways, warriors alongside women and children, as we fought to steal their land.

We signed peace treaties. We violated treaties. We signed some more and slew tribes even as they stood under the supposed protection of the American flag.

Don’t believe me? Please read Bury my Heart at Wounded Knee. It’s an extremely important read for anyone who lives in this country, and you can borrow it for free from your library.

The day after we unmindfully gorge ourselves, we forget our gratitude and rush to the stores to fight each other for those huge sales on the hottest new things we want. We drop big bucks in our pursuit of material goods.

I’m not anti-shopping Black Friday weekend sales. I’ll be doing it myself.

But I am suggesting that this year we might want to be a little more mindful of our history—past and current.

History Being Made Right Now

Right now, Native peoples are once again losing their lands. Their sacred burial grounds have been violated. Their water source faces potential contamination from a pipeline that hasn’t been scientifically vetted as safe. They’re peacefully demonstrating to protect this water source not only for themselves, but also for anyone else who may be downstream—Native or not. In their pursuit, they’ve been met with violence.

They continuing protecting, though, despite their odds. It’s getting cold in North Dakota as winter creeps in.

My proposal to you this Thanksgiving is that we take some of that cash we were planning on dropping Friday-Monday and instead use it to show support to those who are attempting to protect all Americans.

While we should be mindful of history, I’m not suggesting we do this as an attempt to rectify guilt. I’m suggesting that we do this as a demonstration of thankfulness for what these brave people are doing in North Dakota today.

If you want to lend a hand, here are a few ways you can do so. If money is tight, some of them are non-monetary.

Join tomorrow’s worldwide day of action in your own community. (11/15)

Help out with the legal defense fund for Sacred Stone.

Help out with the legal defense fund for Standing Rock, along with emergency and sanitary needs.

Access to basic healthcare is a big problem at the camps. Support UCSF’s Do No Harm Coalition as they work to bring healthcare to the camps.