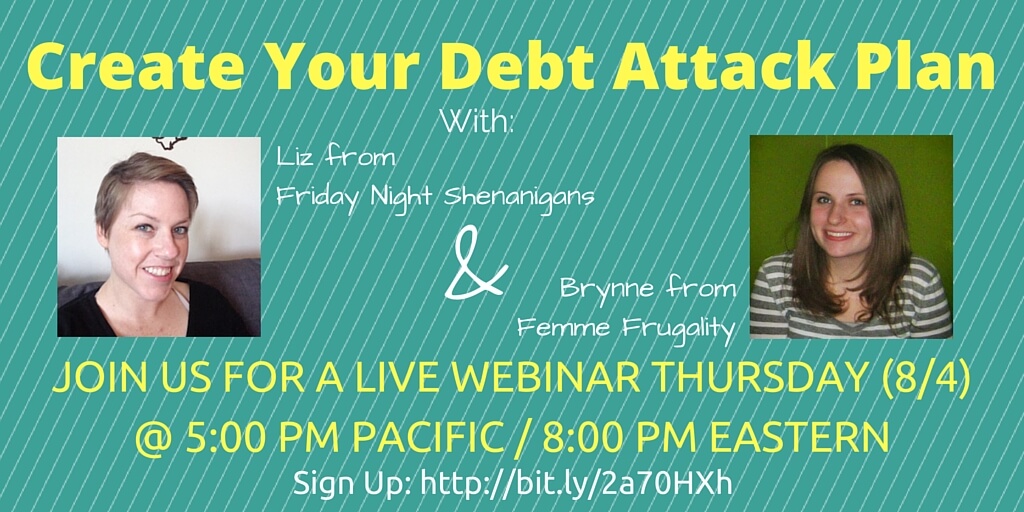 Debt is the worst. It keeps us from doing the things we’d like to do today because we’re still paying off yesterday. Tomorrow? When you hold debt you can’t even think about it.

Debt was what kept me from going to college traditionally; my family’s situation changed during my freshman year, and I was going to have to take out a ton of debt to finance my remaining years in school.

To this day, I’m not sure if that was the best choice. During the years before I went back non-traditionally, my income was severely stunted.

But, hey. I also wasn’t stuck with $80,000 in debt at 6.8% interest. Never mind that I would have graduated around the peak of the Recession.

I did incur a bit of debt over the years. A car loan or two that I’ve always paid off early. (I view them as leveraged debt and not the end of the world because of this.)

We paid off my husband’s marginal amount of consumer debt in about three months.

That stint as an 18-year-old college freshman? I thought someone else had taken care of the bill, but they hadn’t. It justly caught up with me. It was a quarter of my modest, combined household income at the time, but I paid it off in about four months.

Sometime in your life,  you’re likely going to have to borrow money from someone. It’s a not-fun, but real fact. (To those of you who bought your first house sans mortgage or have enough income combined with great savings habits that allow you to float massive bills , kudos. For real. But this is for the rest of us.)

If you can buy something without financing, please do. Especially if it’s a consumer good or something that won’t allow you to build more wealth long-term.

But if you’ve ever taken out a loan, join Liz and me at 8P Eastern on August 4th to discuss a bunch of ways to dig yourself out. We’ll be talking about our own experiences, a bunch of strategies, and even taking questions.

I hope to see you there.

Want to learn more about another area of personal finance? Check out Liz’s comprehensive course. 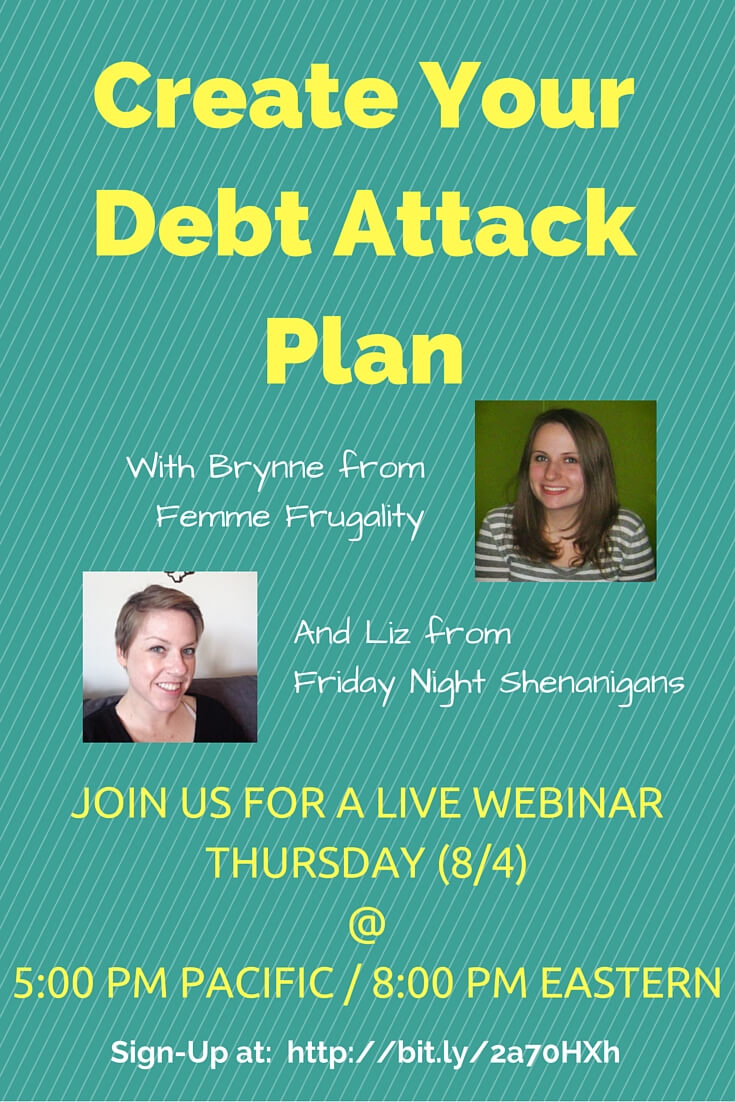 8 thoughts on “Debt sucks. Let’s talk about it.”