Today’s article is brought to you and contributed by an outside writer. 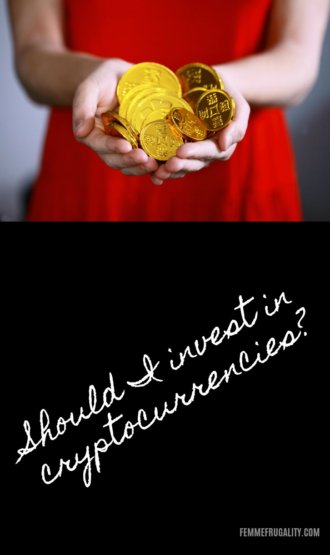 Unless you’ve been living under a rock for the past few years, you’ll know that cryptocurrencies are a hot topic among, well, everyone! For months now, the mainstream media has presented us with story after story about Bitcoin millionaires, as well as the Blockchain Revolution and how these virtual currencies are going to turn the financial world upside down.

But what are cryptocurrencies and are they a viable investment for the average person?

What is a cryptocurrency?

Simply put, cryptocurrencies are digital forms of money, and even though they work in a similar way to the currency that you hold in your bank account, they are 100 percent virtual.

One way to think about cryptocurrencies is as entries on a database — the blockchain or distributed ledger technology (DLT) — that no single person can change. Bitcoin, the first cryptocurrency, evolved because of an attempt by the mysterious Satoshi Nakamoto to create a decentralized electronic cash system.

All cryptocurrencies are peer-to-peer, which means that the transactions aren’t controlled by banks or governments. Theoretically, this system of virtual money is safer and more convenient than traditional currencies. Transactions are almost instant, and because of their peer-to-peer nature, they are more difficult to counterfeit.

There are hundreds of cryptocurrencies in distribution at present, from the leading ones such as Bitcoin and Litecoin to the obscure like Golem Coin and Cardano. Thanks to cryptocurrencies, a lot of buzz has been generated about the concept of the “Blockchain Revolution,” which could transform every secure transaction (think registering votes, insurance claims, passports, etc.) and the way the world does business through the underlying blockchain and DLT technologies.

Are they a good investment?

For the Bitcoin millionaires investing in that currency during its early days was probably the most lucrative investment they’d ever made. For others, it’s a much longer process that has its ups and downs because investing in cryptocurrencies is speculative.

However, that doesn’t mean it’s automatically good or bad. One of the most appealing things about investing in a cryptocurrency is that it’s straightforward, you can even use a proven automatic trading software like Bitcoin Lifestyle.  Buying the currency itself may also be worth your while since well-known cryptos like Ethereum and Bitcoin can be used to purchase goods and services.

Cryptocurrencies also appeal to a huge segment of society, from students to Wall Street veterans. Unsurprisingly, a number of professional poker players have also made investments in cryptocurrencies like Bitcoin, including Team PokerStars’ number one player Daniel Negreanu. And you’ll be hard-pressed to find a news outlet or magazine that hasn’t published its take on how to become the next crypto millionaire.

How to get started

If you’re interested in purchasing a cryptocurrency, then it pays to do some research about the many different types of coins there are in distribution. It’s easy to get blindsided by Bitcoin’s current four-figure value, but it’s safer to treat its rise as an anomaly rather than a given.

Yes, there are plenty of cryptos on the rise, but it would be unwise to assume they’ll all reach Bitcoin’s stratospheric heights! Some questions to ask yourself before you begin to part with your cash would be:

When you’re ready to begin investing, the process itself is straightforward. Anyone who intends to purchase cryptocurrency needs to do so by registering an account with a cryptocurrency exchange.

Coinbase and Kraken are some of the most reputable exchanges that can be used to buy and sell well-known coins and fractions of them including Bitcoin, Litecoin, Ethereum and Ripple. Once an account has been created, it works like a digital version of the New York Stock Exchange, buyers transfer funds into their account and then choose the coins that they want to purchase.

For the first-time investor, the popular coins would be the best to purchase initially. Bitcoin is the obvious choice, but it’s also the crypto that is most converted into others and a safer first investment.

Not every crypto exchange is compatible with every coin, so it’s another area that needs to be researched first. Blockgeeks is a resource for all things crypto and has published an updated list of the top currency exchanges recently.

Because of their untested nature, the value of cryptocurrencies is always in flux, dividing the opinions of financial experts between those who see them as doomed to fail and those who believe in their potential. If you do decide to start investing in these virtual currencies, then do so with a sense of curiosity. It’s likely you won’t make immediate returns, and you may not even make long-term ones, but if you keep the risks minimal, it’s a process that you can enjoy.

1 thought on “Should you invest in cryptocurrencies?”