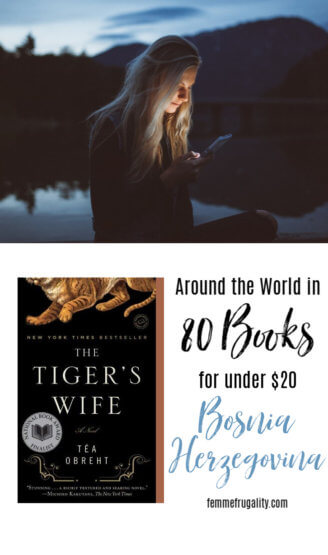 Here’s my running tally so far:

Today’s read was a library eBook from a few months ago. I thought I’d wait until I had two to present you with like I used to. That didn’t work out. While I have been reading books for work and personal development, I have been reading any that pertain directly to this challenge.

But onward I press, four years after setting the goal with an arbitrary deadline. I’d like to count this book for 2018, so I’m going to review it before the year closes!

Because I borrowed from the library, we’re still at $6.73. After today, I will have logged 32 books. 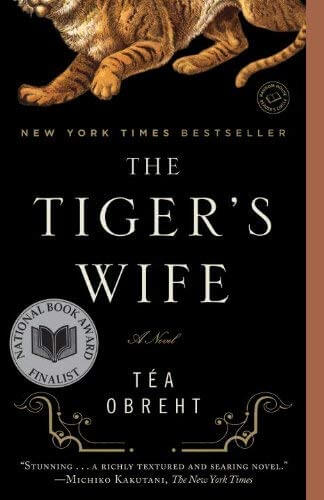 This is one of those reads that stays with you. Somewhere between historical fiction and folklore, author Tea Obreht takes you on a journey over much of the 20th century in the Balkans. The line between the realistic and the magical waivers as she weaves the story of the main character’s grandfather’s life and death.

With it she reflects on the difficult relationship between tradition and science, the shifting tides that can dramatically change lives and culture when power is exerted in the name of religion, and the underlying culture of fantasy and superstition that was shared by the people of the Balkans–regardless of which god they believed in or which ethnic group they belonged to.

She addresses shifting borders and how they affect the relationships of people who were once neighbors. She addresses the lasting effects of growing up in a country at war. This particular war narrative isn’t as intense as the autobiography from Sierra Leone.

It is more full of allegories and symbolism, much of which I didn’t completely understand the first time through. But that lack of understanding is no big deal. It gives me space to learn. To come back and read again, and appreciate the work in new ways.

I highly, highly recommend this one. Despite the fact that the pages were full of self-aware fantasy which occasionally jumped back into reality, I found myself questioning whether this was an autobiography throughout the read.

It was not. The Tiger’s Wife was just a beautifully told story that I’d suggest be read far and wide.