Both of today’s reads were free library books, so as long as I drop them off by Wednesday, that total should stay the same. Somebody hold me accountable!

Neither the book for Nigeria or New Zealand were my favorite books ever. But they both held a certain type of power. They’re important. And I’m glad I read them both.

Head’s up: today’s post contains more spoilers than usual. So if you’re thinking about reading either title, especially The Bone People, stop here. Then come back and discuss with me when you’re done!

This book focused on LGBT issues in Nigeria. It’s historical fiction, and as I later found out, meant to be a Young Adult novel.

The story is set in the midst of Nigeria’s very real civil war which spanned the 60’s to the 70’s. The main character discovers her sexuality when she is sent away to become a house servant for another family in an arguably “safer” town. She’s a lesbian.

She ends up battling it her entire life, trying to hide it, submerge it, and at times, even accept it. But coming out is a very dangerous proposition. Nigeria, which this book taught me is the second most religious country in the world, still stones people and worse if they stray from the traditional Christian viewpoint of one man plus one woman is the only way God intended things.

I feel like this is a very important read. According to the author, things have not gotten better for the LGBT community in Nigeria since the time period this book was set in. And, as with Sierra Leone, I had no idea that there even was a war in Nigeria until I turned the pages of this novel.

Like I said, it wasn’t my favorite book ever. There was a large portion where her mother took her through the Bible, instructing her on why her sexuality was wrong. The main character questions and tears apart the biblical verses for what they actually are instead of what they’ve been interpreted to mean.

It was an important part of the read, but being a grown adult who grew up in Christianity, I had already done this myself and arrived at similar conclusions to the main character. So it was a little bit too explanatory for my tastes. But when I found out it was meant to be a young adult novel, the extreme detail made more sense. It may be the first introduction to these concepts for the intended target audience.

It’s also really intense for a young adult novel. But again, really important. Even the part I felt was laborious to read was extremely well-written. Emma from Money Can Buy Me Happiness recommended this one to me. Emma’s from New Zealand herself, and this book had won The Booker Prize in 1985.

The book was beautifully, if unconventionally written. I didn’t want to put it down once. But it was also maddening. If you want to read this book, you’ll want to stop reading this review here. Honestly, it’s probably the best read for others who have read the book.

The first thing I struggled with was that because the characters were mostly Maori, whether by blood or culture, Maori language was used throughout. I had no idea there was a glossary in the back until about half way through; until that point I was using the internet. You’d be surprised (or not) about how little there is in the way of Maori translation online.

When I discovered the glossary, it mostly helped, but I was still left confused sometimes. I struggled with it, but it doesn’t really bother me because the whole point of this challenge is to read books from other cultures. A request to translate every last phrase to my own language when its  integration was there, likely, to demonstrate something and express things that English could not or did not, feels like linguistic oppression.

But there were other things I struggled with. Like the fact that Joe was a violent child abuser, yet he was written with such empathy. Maybe there’s something wrong with me, but it’s hard for me to feel a whole lot of pity for someone who all but kills a child in a drunken rage, regardless of what happened to them when they were a child themselves.

There was the fact that mysticism was weaved throughout the story, but never explained beyond a passing mention that it was happening.

The last thing I disliked was that I had no idea what the heck was going at the end. They all get back together, and I think Kerewin marries Joe (presumably platonically?) and adopts Simon. But I have no idea why the state would allow that. Or why finding out that Simon had previously lived with heroine junkies/dealers who had drowned somehow exonerated Joe from his sins. I hated how the narrative fluidly switched to the first person part way through, as I had no idea who the first person was.

If anyone knows how the book actually ended, PLEASE TELL ME. Because I read it and I still have no idea.

But I did like the exposure to a different culture. And like I said, I couldn’t stop turning pages. Amidst my moments of confusion, there were moments I read something that seemed to touch on a distilled life truth. Like these:

“Once I had to work at horrible jobs to earn enough money to buy food to eat in order to live to work at horrible jobs to earn enough…I hated that life. So I quit. I did what my heart told me to do, and painted for a living. I didn’t earn enough to live on, but I wasn’t too unhappy, because I was loved at home and I loved what I was doing. Money was the problem…then it all changed. I won the lottery. I invested it. I earned a fortune by fast talking. And while I was busy blessing the god of munificence, the lightning came. It blasted my family, and it blasted my painting talent. I went straight out of one bind and into a worse one.”

“I am just a waste…the worst thing I bear is the knowledge that others have borne far worse distress and not buckled like this under it. They have been ennobled by their suffering, have discovered meaning and requital in loss…”

“Werahiko: We don’t want to be left out, to sit ignored in the corner, but we might as well be. All the things we’ve got to tell, years of love and life and hate. We’d be a good drink for them, a fullbodied mature wine, and look at them! Overcome by fizzy pop, lollywater brew…

Marama: When they want to listen, they’ll listen. We can’t wake them up just to tell them our stories. They’re busy making their own. And in the meantime, my love, we’ve got each other.” 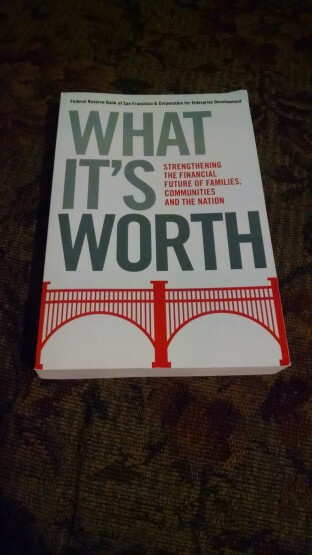 My friend Katie over at Activehours actually picked this up for me. Thanks, Katie!

I’m already loving it. If you want to read it with me, you can get a free e-copy here.

7 thoughts on “Around the World in 80 Books: Nigeria & New Zealand”