I just got back from a conference that is very much about the hustle mindset. It’s not a bad thing—if you want something, you’re going to have to work hard for it. As a matter of fact, it’s that very same sense of urgency that helped us pull our way out of poverty.

This mindset, which is meant to inspire from a place of abundance, can lead to a feeling of scarcity and, ultimately, anxiety. Why am I not achieving as much as the person next to me? I’m working so hard, but not seeing results! If I just push harder—wait, how the hell am I supposed to get all of this done?

I think as strong as the hustle mindset is in our community, there’s also a massive amount of anxiety that goes along with it which remains largely unaddressed. I’m all about working to make your situation better, but if you find yourself overwhelmed or tearing yourself apart, take a deep breath and remember these things:

We DON’T all have the same amount of time in a day. 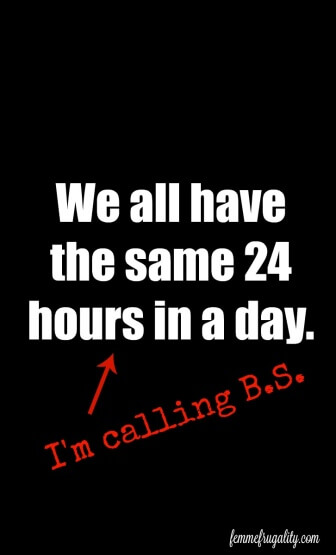 Mathematically speaking, we are all on the same oblong orb that spins around the sun at an identical rate for all of us each and every day.

When I think back to 22-year-old Femme, I’m thinking of a completely different life with completely different obligations. Sure, I had a job where I worked 40 hours a week. Then I’d come home and sometimes hustle a little bit, but mostly I had time to do whatever the heck I wanted. In this lifestyle time frame, I had the time to take on the most Herculean of tasks: starting a blog.

Fast forward six to seven years. It’s not just me, anymore. I still work full-time, but also have children, one of whom has special needs. My husband and I have to shuttle them around and give all that extra love and care at home. It’s rewarding, but it doesn’t leave time for much else.

Except that there is much else. He’s in school. I have to fight with insurance at least once a year to keep my kids on their plan (which could be a full-time job in and of itself.) Some of our family lives in a food desert, so we help out every once in a while with transportation to the store.

None of these things are bad or anything we begrudge doing. But they are obligations outside of ourselves. Twenty-two year old Femme had to deal with none of it. There was so much time for hustle.

Maybe you’re twenty-two and have a lot more obligations than I did. Maybe you’re my age and have a lot less. Age is irrelevant. The point is, we never know what’s going on in someone’s life, and just because they don’t have the spare time to dedicate towards extraneous work-related endeavors doesn’t mean we should pass judgement. That includes not passing judgement on ourselves.

Taking breaks is good for you. And your business. 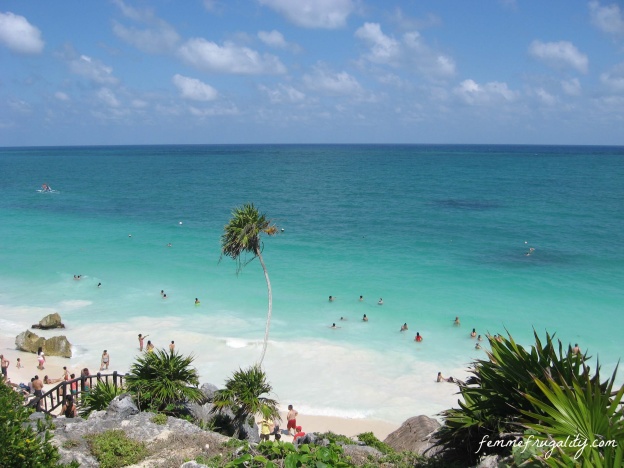 Constant hustle is straight up draining. I don’t care how bad-a you think you are compared to the rest of the world. Study after study shows that we as human beings only have so much energy we can exert before our cognition starts to deteriorate.

They also show that taking a break inspires greater creativity, and can make us even more effective and good at what we do when we come back. It’s why Google schedules play time for their employees like they’re ten. That space for childlike fun is still important when we’re adults.

By the same token, vacations are good, too, whether they’re extravagant or super budget. Taking time off is important for your soul, body and business. You do not have to be on all the time. In fact, if you are,  you’re probably not performing at your optimal level.

But I can’t take a break…

I hear you. If you’re operating from a place where resources are scarce, you might not have the option of slowing down. If you want to talk, email me. I’ve figured out some ways in my own life that have led to increased income and good financial habits so I don’t have to hustle as much to keep food on the table. I’d love to see if they could help you, too.

But if you’re not operating from a place where resources are scarce, know that you’re ultimately acting out of a place of empowerment rather than necessity.

Money is nice. Success and recognition can feel good. But all of it is for naught if you don’t cut yourself a break every once in a while. Acknowledge the power you have not just to be materially successful, but also to take care of your mental health as a human being. Ultimately, the latter is much more important and will have a much more positive impact on your life.

21 thoughts on “Anxiety and the Hustle Mindset”