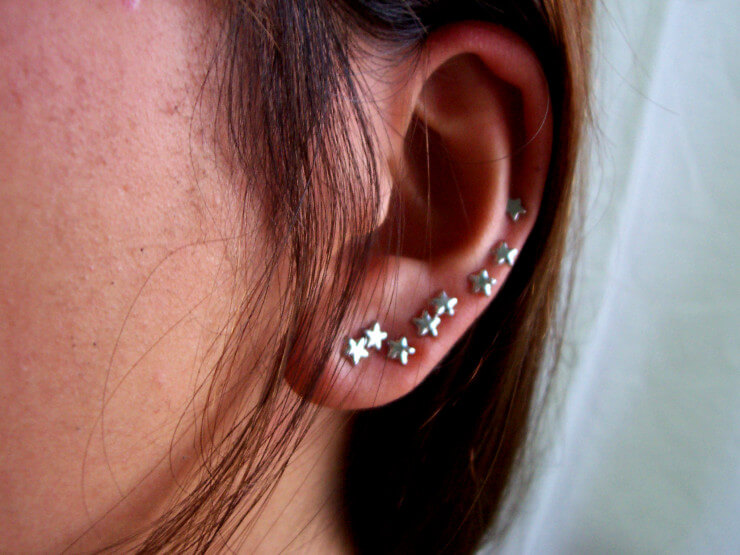 It was one of those days I just wasn’t feeling right.  It was raining.  My kids had been grumpy all day despite all of my efforts to be a stellar mom.  My fiance was working a long shift.  My self-esteem was sitting pretty low.  It was in this state that I entered the Twitter-sphere that night.  I follow a wide variety of people.  Most of them are personal finance bloggers, some of them are just regular people, a larger percentage are Pittsburgh organizations, and then there are the coupon and freebie bloggers.  Even if you don’t read the blogs of endless coupons, following them on Twitter can be a pretty sweet deal.  They’re always posting free or low-cost stuff.

In my moody state, I saw a tweet about some 53 cent earrings on Amazon.  I clicked through.  And they were really cute.  Heart studs with embedded crystals.  It said they were electrum.  They were 53 cents with free shipping.  And I had some giftcards from Swagbucks burning a hole in my electronic pocket.  So I bought them.  And then I bought another pair to stick in…whoever’s stocking.  Amazon notified me that the same seller had some silver-colored four-leaf clover studs for the same price.  So I bought those, too.

I was in a much better mood when my fiance got home.  Even though those earrings hadn’t come in yet, I was feeling pretty.  I ran to the door and threw my arms around his neck.

“So you had a pretty good day, then.”

“No.  It was kind of rough actually.  But then I bought earrings off Amazon.”

“Oh, that makes more sense.”  He knows me well.  Well enough to know that, for me, $1.59 on jewelry that I don’t need qualifies as a shopping spree.

I was pretty excited.  It said they wouldn’t get to me until a month later, but the shipping was free so I didn’t care.  Just when I was getting worried that I wouldn’t receive them, a small package with Chinese symbols all over it came in the mail.

I was about to head to the doctor’s with one of my children, so I slid them in as we were walking out the door.

I had them in for about twenty minutes.  I was driving when I remembered my lead Christmas tree.  It was made in China, too.  I started to get a hypochondriac’s head ache as I pulled the backs off the earrings to remove them.

It turns out I was right to be concerned.  China got in trouble a while back for lead in jewelry that they shipped and sold in the USA.  (That wasn’t even direct online; it was to retailers who you would think would require products to meet certain standards.)  And even more recently, cadmium.  Both of these metals are pretty cheap, make jewelry heavier, and can make you incredibly ill with enough exposure.  To give you an idea, cadmium can be found in things such as batteries.

Where it goes from the batteries is kind of disturbing.  This hub page talks about the cycle:  we recycle our cadmium infused products, we send that recycling to electronic waste scrap centers in China, and then Chinese people (sometimes children) sort through that scrap, exposing themselves constantly to the stuff, so it can be melted down and turned into jewelry.

I threw away the earrings.  All three pairs.  Throwing them away isn’t much good either, I later found out.  It goes into our landfills and therefore all of our natural resources. What a Catch-22:  poison your environment or poison your fellow man.

It’s time to sort through my jewelry tree.  I’m not sure what I’ll be doing with all my cheap necklaces and earrings.  But I sure as heck won’t be wearing them.