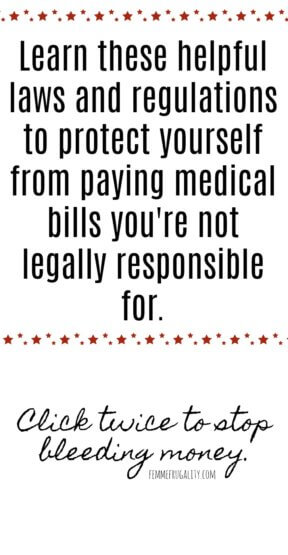 I’ve about had it with health insurance companies.

Their goal is to make money.

They want all the money.

But in the past year, I’ve dealt with so many shady billing practices it makes my head spin. These attempts to violate my rights as a patient have threatened me with thousands of dollars in bills that I was not legally responsible for paying.

But after this last incident, I realized that a lot of people wouldn’t even know their insurance company was screwing them over were they in my situation. This post is my ode to you. Here’s a collection of laws and regulations I have had to cite in the past year just to get my federally-mandated coverage.

This one didn’t happen in the last 365 days, but it was in the recent past. It also wasn’t a health insurance company that did it.

When I was pregnant, I was on Medicaid. Apparently at one of my appointments, the healthcare network decided they were going to bill me after Medicaid.

It’s called balance billing, and it’s a huge no-no for Medicaid recipients. Here’s the law. I called them up and told them so. I heard nothing after that, and assumed everything was settled.

Almost four years later, I got a nasty, threatening letter from a law firm/bill collection agency in Texas. They wanted money for the balance billing situation. They had bought the illegal debt claim from my healthcare network.

Fun fact: The statute of limitations for these things is four years in the state of Pennsylvania. They saw my account was about to expire and tried their hardest to intimidate me.

If you find yourself in this situation, it’s very important to not in any way agree that you owe the money. It’s very important not to give them any money, as that restarts the time period for the statute of limitations.

If you’re stressed about the potential effect to your credit report, sit down with a financial professional to review your options. You can find one who will work with you for free here.

I’ve had Marketplace plans for the adults in my house for years. Recently, I got to spend an ungodly amount of time on the phone arguing with my insurance provider about why they weren’t paying for a covered benefit.

“That’s not a benefit eligible for coverage.”

“Please read to me the exact benefit you’re not covering.”

“(Reads name of test my doctor gave me for screening).“

“Okay. I’m looking at the mandatory covered preventative care benefits for Marketplace plans right now on Healthcare.gov. (That same test) is listed. Are you telling me you’re not complying with ACA guidelines for your Marketplace plans?”

“Ms. Frugality? Yes, thank you for holding. I’m reprocessing that claim now because it is a covered benefit.”

This happened in real life. I had to call them out on not following federal law to get them to cover a very expensive preventative care benefit. They wanted me to pay hundreds on my own. I already pay them hundreds per month in premiums.

It turns out, I owed $0. They are obligated to pay for the entirety of the covered benefit.

If you want to know what your covered preventative care benefits are on a Marketplace plan, here they are in plain language for different demographics:

Note: If you can’t afford your medical bills, and they are actually accurate and charged legally, be sure to ask your health care provider about their financial assistance program .

Getting Billed the Wrong Co-Pay

I’m not sure if this one violates any regulations. But it’s messed up.

My husband went to the doctor. The calendar had just rolled over to a new year. He looked at his insurance card and paid the PCP co-pay.

Until we got a bill.

They were trying to charge us for a specialist visit rather than a PCP visit, and claimed that–although this is the same insurer and doctor he’s had for years–he hadn’t declared his PCP yet and they got confused about the nature of the appointment…

…even though “Primary Care” is literally in the name of the practice.

I had to fight them on this one for almost half an hour before they conceded and sent it back to be processed again.

Moral of the story: read why you’re being charged every time you get an Explanation of Benefits in the mail from your insurer. They might have made a “mistake”.

Forgive my cynicism as the mistakes have been piling up for years, amounting to thousands of dollars these errors could have taken out of my pocket.

The mistakes are never made in my favor. 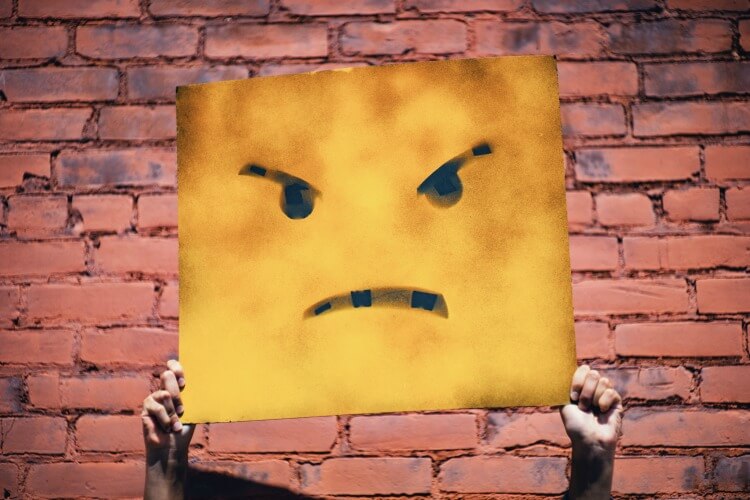 I had to fight for years–and switch insurance companies more than once–to get my special needs child a piece of medically-necessary equipment. On their final denial letter, the insurer worded their denial in violation of federal Medicaid mandates. My appeal cited the federal policy they were violating, and magically, we finally got the medical equipment our kiddo needed.

For those of you with autistic children, a good document to familiarize with is the 2014 CMS Letter.

There are a handful of states that refuse to interpret the letter in its literal sense. If you’re in one of those states, I’d suggest checking out our state-by-state guide to Medicaid coverage for autistic children. You don’t necessarily have to be low-income to qualify if your child has a disability.

Do a little more research about what services look like on the ground in other locations. When it comes to your kid’s healthcare coverage, leaving for greener pastures might not be a terrible idea depending on your situation.

Always ask for the receipts.

I’m tired of fighting insurance companies. Maybe there’s a smattering of good ones out there, and I’m sure there are some good people working within a bad system, but overall I’m convinced that health insurance companies are the furthest thing from benevolent or even ethical organizations. My admittedly anecdotal experience has shown me that they will deny covered benefits in violation of law and federal regulation, both to myself as a grown adult, and to special needs children.

My healthcare network bills me illegally when I’m low-income in an effort to line their own pockets, and then sends my poor self off to collections.

When I make enough money to pay health insurers hundreds of dollars per month in premiums, they’ll try to weasel their way out of paying every last penny they can–even when there’s a mandate requiring them to provide coverage.

This system we have is messed up. It’s gotten a lot better since the ACA was enacted with increased patient protections, benefits and access, but it’s still what I’d call predatory. I should not have to call out my insurance company to get them to comply with federal law. If I do, I’m not sure why they’re allowed to rake in profits.

Always, always check your medical bills. If you don’t understand them, call up the insurance company and ask them to explain themselves. Take names. Get confirmation numbers.

I’m glad we finally got what we needed.

But I’d like all the hours of time I’ve poured into correcting these errors back.