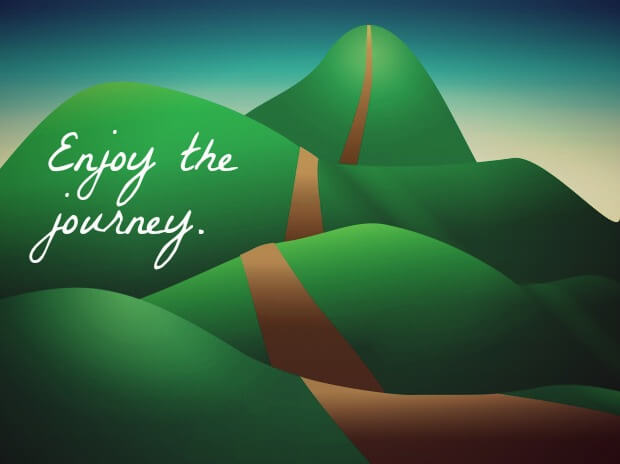 About a year ago I was getting ready for the end.  Utterly (and, okay, foolishly) convinced that the world was going to be no more, we were packing up clothes, food storage, and other essentials to go to the family member’s house where I thought we stood the best chance of survival should we live through the upheaval.

While the world didn’t end, it did open my eyes to some things I needed to change in my life. I concocted some goals, and what better time to review progress than a year later?

1.  Enjoy Time With People I Love

I’ve been trying to do this more.  To live in the present and savor every second of it.  I’d be lying if I said I had ultimately succeeded, though.

So part of this whole thing is learning to go with the flow.

But another part that I really struggled with was my mind wandering.  I’m a very goal-oriented person, and we’ve got a lot going on right now.  So instead of enjoying all those moments, I’d be internally stressing about all the stuff I had to get done.  I had hoped that by making enjoying the journey one of my goals, I’d be able to really focus and shut off that inner nagging that I do to myself.

This didn’t happen all the time, but it happened often enough that I’m not willing to check this one off the list.  I’m renewing it.

2.  Make Music a More Integral Part of Our Day-to-Day Lives

I feel like we passed with flying colors.  There were areas we could have done better.  The fiance bought some type of processing thing so he could play guitar more often.  And he did.  And it was awesome.  Then we got crazy busy again, and things like playing guitar fell pretty low on the priority list.

But we did do a lot of things.  We went to a kids’ musical show.  (With the children.)  We went to a Fleetwood Mac concert.  He went to see Tom Petty.  As the year went on, our concert-going slowed to a stop, but even just those three were something I wouldn’t have been able to legitimize in the budget without this goal.

We have dance parties with the kids.  Pandora is on in the background so much more.  I even started playing the piano again.  I used to be half-way decent, but I dropped it for quite a few years.  It was really frustrating starting at first, but I actually practiced and learned how to play his favorite Christmas song and surprised him with it when the season started.  Maybe I’ll learn to play some more contemporary stuff again as time goes on.

Oh, we started out so strong.  We were going at least once a month at the beginning of the year.  And then we fell off again.  Part of that is I started work again, and in order to make that work we sometimes (okay, a lot of times) need sitters.  Our sitters are our family, and they’re amazing enough to work for free.  And we’ve been using them a lot.  So I think we end up feeling guilty asking them to watch the kids AGAIN so we can go catch a movie.

I might have to break down and find someone I’ll have to pay if I’m serious about meeting these goals.  (I’m not against paying my family.  I just think their sanity and time is the more precious commodity here.)  But I don’t really know anyone like your stereotypical teenage baby-sitter that I trust enough.  And I’m not looking to sign one up that I don’t know from some website (even though I know those sources are out there and some of them require clearances, references, etc.)  So I’m not really sure how to mediate this problem.

So I did okay.  I still need to do better.   Sorry not all of them are financially related.  But I think an important part of our finances are realizing what is actually important to us so we can allocate our resources appropriately.  What’s important to you?

16 thoughts on “A Year After the Mayan Apocalypse”